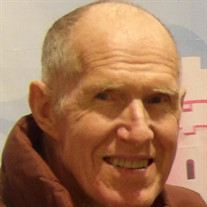 Bobby Joe West, 79 of Durant, passed away on January 11, 2021. He was born on January 23, 1941 in Calera, OK to Samuel and Dollie Mae West. Bobby grew up on a farm just outside of Bokchito, OK. He graduated from Bokchito High School. Bobby was married to his sweetheart, Judy Dollar West for 58 years before she passed away on June 1, 2017. He was blessed to remarry on October 2, 2018 to Jolene Jackson and was able to live out his golden years happily in love for the second time. Bobby had a passion for fishing and gardening. He was everyone’s favorite Uncle and a Godly man. A member of Grace Baptist Church. His best friend and fishing buddy was Bud Green. If they were not fishing, they were talking on the phone daily or visiting. Preceded in death by his parents, Samuel and Dollie Mae West, wife Judy West the mother of his two children, siblings, Douglas West, Dorotha Hawkins, Newton “Hubert” West, and Joyce Gore. Bobby was loved by many and will be greatly missed. He is survived by his wife Jolene West of the home, Children Teresa Gail Johnson and husband Larry of Carrollton, TX, Bobby Glenn West and wife Sharon Ann of Abilene, TX. Stepchildren Robert Richardson and wife Jen of Charleston, IL, Bill Richardson, and wife Wina of Durant OK, Shauna Hall and husband Micky of Durant, OK. Mother in-law B.B. Newton of Durant, OK. Brother Doyle West and wife Lois of Casper, WY and Sister Barbara Harris and husband Don of Durant, OK. Grandchildren Sharyl Ann Loeung and husband Rath of Woodway Tx, Ben West and wife Krista of Hewitt, TX, Andrew West of Austin, TX, and Dr. Brianna West of Burleson, TX. Jaxon Richardson, Maddyx Shelton of Durant, OK. Great-grandchildren Chaim Loeung, Khoury Loeung of Woodway, TX. As well as numerous nieces, nephews, cousins, numerous extended family members and friends. Funeral Services for Bobby are Saturday January 16, 2021 at Brown's Funeral Service with burial to follow at Bokchito Cemetery. The family will receive friends for visitation on Friday January 15, 2021 at 6:00 to 7:30 at Brown's Funeral Service in Durant. https://www.tributeslides.com/tributes/show/8QBC6D48PKYKJSJL

Bobby Joe West, 79 of Durant, passed away on January 11, 2021. He was born on January 23, 1941 in Calera, OK to Samuel and Dollie Mae West. Bobby grew up on a farm just outside of Bokchito, OK. He graduated from Bokchito High School. Bobby... View Obituary & Service Information

The family of Bobby West created this Life Tributes page to make it easy to share your memories.

Send flowers to the West family.