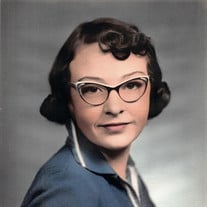 Carolyn graduated school at the young age of 16. She was gifted beyond her age. She married the love of her life, Gene Workman, in 1959. She had two children and pursued a job as a teacher’s aide but was told to by the Superintendent to get her teaching degree and she would be hired. She did just that. With little income between her, her husband and two kids in tow, Carolyn earned her teaching degree with honors. She was given a job at Caney school. Carolyn had two more children completing her family. Carolyn taught school until her retirement after 29 years at Caddo and Caney Schools. She was given the honor of teacher of the year while at Caddo School. Near retirement, Carolyn acquired kennels and loved raising small dogs for 14 years. Carolyn gained her Insurance license and sold Life and Health policies after retirement. Carolyn was an avid reader and writer. She had an article published in a magazine about relay racing. She had an acceptance for a story in reader’s digest. Carolyn spent a lot of time with her sisters Betty and Juanita. She co-wrote and recorded a song. She loved playing dominoes and word games of all kinds and took pleasure in learning new words. Carolyn was a life-long member of the Church of Christ. Carolyn was a devoted Christian and Sunday school teacher. Carolyn was a member of the round up club and followed her husband all over Oklahoma and Texas to support his love of relay racing. She rode horses, loved gardening, canning, and traveling around with Gene to find trade items, mainly chickens to barter. Carolyn loved camping, water skiing, and fishing with her extended family and friends. One of her favorite things was to follow her children and grandchildren to their sports and school events. Carolyn enjoyed cooking for her family. She spoiled and doted on her children and grandchildren. She loved the holidays because it brought her family around her. She adored singing to her babies, leaving memories of many special songs. Many times, she rolled in the floor with the kids. Occasionally was known to announce wrestling or a cadence march. Carolyn frequently boasted that her greatest accomplishment was her family. Carolyn is preceded in death by her beloved husband Gene Workman; parents John Sr. and Della Springer; father and mother-in-law Author Lee and Dessie Workman; siblings John Jr. Springer and wife Doris, Curtis Springer and wife Clarice, Oscar Calvin Springer, Coleen Simmons and Betty Owens; brothers and sisters in law TA McBride, Bobby Boheme, Caroylen Yoder and husband Harold, Lee Farmer and Bessie A. Umstead and husband Robert. Carolyn is survived by her children Randy Workman and wife Terry, Rhonda Rose and husband Rick, Russell Workman and wife Kristin and Ron Workman and wife Chandra; sister Juanita Hamilton and husband Larry; brother-in-law Lloyde Owens; sister-in-law Glenda McBride; brother-in-law Don Workman and wife Brenda; sister-in-law Lenis Boheme; 9 grandchildren; 9 great grandchildren and many nieces, nephews, cousins and loved ones. Pallbearers will be Richard Owens, Kenny Owens, Don Workman, Robby Hamilton, Bart Workman, Bobby Boheme and Bruce McBride. Honorary pallbearers will be Casey Coben, Eric Rose, Avery Williams, Dakota Casebier, Rustin Workman, Koltin Workman, Bob Springer and Don Springer. https://www.tributeslides.com/tributes/show/YKTXM2X7WD943ZHG

Carolyn graduated school at the young age of 16. She was gifted beyond her age. She married the love of her life, Gene Workman, in 1959. She had two children and pursued a job as a teacher&#8217;s aide but was told to by the Superintendent... View Obituary & Service Information

The family of Carolyn Workman created this Life Tributes page to make it easy to share your memories.

Carolyn graduated school at the young age of 16. She was gifted...

Send flowers to the Workman family.