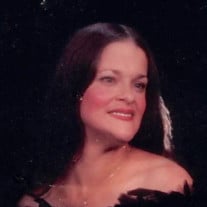 Deborah Ann Daniel, 66, was born November 29, 1955 in Durant, OK and passed away on August 1, 2021 in Durant. Born to a very young mother, Peggy Nunnally, she was adopted by Vesta Marie and Cliff Iverson and was raised in the Mesquite and Garland, Texas area. Diagnosed with cerebral palsy at birth, she required special assistance. At age 7, the mumps and measles caused her to become deaf. Through speaking and American Sign Language, Deb was able to communicate well with others. Though she was challenged with disabilities and struggles, she put her hope and trust in the Lord. She was a practicing Christian who believed in God’s love, salvation and the presence of angels among us. Throughout her life, her faith and love for the Lord never faltered. Deb graduated Skyline High School in Dallas, TX. Her hobbies included oil painting, watching videos from the deaf mission, cooking and homemaking. Fiercely independent, she was in charge in the kitchen! Watching movies with closed caption was one of her greatest loves. She was proficient at creating plastic canvas needlepoint work and her dogs, especially her poodles. Her greatest accomplishment and love was the birth of her daughter, Crystal Ann Daniel. When visiting with others, she shared her love of life, her love for her daughter and her love of God. Deb is preceded in death by her birth mother, Peggy (Nunnally) Schmitz; stepdad, Jack Schmitz; sister, Mary Lou Prather; brother Charles Prather; and her adoptive parents Cliff and Vesta Marie Iverson. She is survived by her daughter, Crystal Daniel of Mesquite; sister and brother-in-law Laura and Royce Hendricks of Mead, brother and sister-in-law William and Kimberly Schmitz of Mead, as well as numerous cousins, nieces, nephews and friends. The family thanks the staff at Four Seasons in Durant for the love and care Deb received. Graveside services will be Friday, August 6 at 10:00 AM at Mead Cemetery in Mead, OK. Brother Kerry Groce will officiate.

Deborah Ann Daniel, 66, was born November 29, 1955 in Durant, OK and passed away on August 1, 2021 in Durant. Born to a very young mother, Peggy Nunnally, she was adopted by Vesta Marie and Cliff Iverson and was raised in the Mesquite and... View Obituary & Service Information

The family of Deborah Ann Daniel created this Life Tributes page to make it easy to share your memories.

Send flowers to the Daniel family.