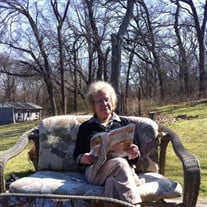 Dorothy Marie (Self) Cox passed in the early morning hours of March 20, 2022, in Durant, Oklahoma. Dorothy was born on April 5, 1935 in Selfs, Texas to Clarence and Ruby (Newhouse) Self. The second born among eight brothers and sisters, Dot (as she was affectionately referred to by all who loved her) never failed to find her voice amongst the masses. Dot married the love of her life, Roy Lee Cox, on August 10, 1954, in Burnet County, Texas. Dot was also the mother of four children: Patricia, Darius, Ricky, and Robin. Dot worked for many years in factories in production control. As a woman in a male dominated industry, Dot was very proud of the fact that she was usually the first woman to have held her positions. And while she was proud of her titles at work, it’s safe to say that she was the proudest of the titles she held at home. Dot was a sister. She was incredibly proud of all her siblings and their many accomplishments. There were few things she looked forward to more than “lunch with the sisters” or going to visit the brothers at their shops. One of her favorite events to look forward to each year was the Christmas celebration the brothers and sisters gathered for. Dot was a mother. Dot was a fierce protector of her children and their greatest champion. One of our favorite family stories is of Dot marching up to the school, hair standing on end, to go to bat for one of her children. She was extremely proud of all their accomplishments, big and small. She could always be counted on to bring out a laugh during the hardest of times, justice when needed, and maybe even the occasional leg up out of some trouble that inescapably comes with growing up. Dot was a wife. She met her husband in 1954 in Durant, Oklahoma. They were married in 1954 in Burnet County, Texas and started their lives together in Lampasas, Texas. They later moved to Caddo, Oklahoma and eventually settled in Mead, Oklahoma where they spent the rest of their days. They enjoyed organic gardening (once again proving to be ahead of the game), quilting, spending time with their grandchildren, and enjoying an afternoon aperitif on their front porch swing. They were long time members of the Elks Club in Durant where they forged lifelong friendships with many of the other members. We think that Dot’s happiest moment, while the saddest for us, was when she was able to be reunited with the love of her life on the morning of her passing. Dot’s favorite title was Nanny Dot. Nanny Dot loved her grandchildren and great-grandchildren more than anything in this world. It wasn’t unheard of for her and Roy to take one of their grandchildren on a quick jaunt to a different city and state or to an impromptu visit to their favorite restaurant, Naifeh’s. Strawberries and ice cream for breakfast for the great-grandchildren were second only to the big full breakfasts that often came after a sleepover. Nanny Dot gave her love, wisdom, and understanding freely to all of those who were lucky to call her by that name. It was understood that if you ever needed a place to go, however temporary or permanent, there was always, always, always room at Nanny and Pop’s. Dot was an avid reader, learner, quilter, and lover of music. After quilting became too difficult to do, you could almost always find Dot reading the latest thriller while listening to her favorite country music. If you had the time, it was always a joy to sit and listen to Dot tell you about the latest escapades of Jack Reacher or tell you the musical history of Bobby Bare, Willie Nelson, or Marty Robbins. Although her formal education ended with the completion of her GED, Dot was a lifelong learner and could happily (and easily) hold her own in debates against the best about politics, science, literature, and theology to name a few. A lifelong Democrat, one of Dot’s greatest passions was politics stateside and abroad. She was a champion of the underdog and a social justice warrior. Her grandchildren like to say that their Nanny Dot was woke before woke was a thing and it was something that she was proud to pass on to many of her children and grandchildren. Dot was preceded in death by her son, Ricky Emerson; her parents, Ruby, and Clarence Self; her sister, Clariece; her husband, Roy Lee Cox; her daughter, Patricia; and her brother, Glen Self. She is survived by her daughter, Robin Tidwell of the home; her son and his wife, Darius and Denise Emerson of Krebs; grandsons: Jeremy Reynolds, Matt Reynolds, Rick Emerson, Scott Emerson, Wayne Emerson, Edwin Emerson, Timmy Emerson, Brandon Gooch, Dustin Tidwell, Aaron Tidwell, Devon Tidwell, and Jeffrey Tate; granddaughters: Natalie Reynolds, Melissa Matthews, Latrece Ratcliff, and Tiffany Tate; great-grandchildren: Ryleigh, Maddi, Alex, Alaina, Ava, Ali, Everett, Kymera, Aiden, Jerzee, Briar, Brody, Cooper, Staci, Heavenly, Justis, Ruby, Ava, and Desmond and siblings Ann and Cecil Reeves, Joan and Anthony Williams, Mack and Faye Self, Mike and Anna Self and Regenia and Dennis Boehme. Family night will be held at Brown’s Funeral Home on Tuesday, March 22, 2022, from 6 to 8 PM. A memorial service will be held on Wednesday, March 23 at 2 PM with Brother Anthony Williams and Rick Emerson officiating. Pallbearers will be: Brandon Gooch, Jeremy Reynolds, Rick Emerson, Justis Ratcliff, Jeff Tate, Wayne Emerson and Tyler White. A gathering will be held before the funeral at the Community Room inside Brown’s Funeral Home beginning at 12 PM. While not required, please feel free to bring along any side dishes that can be enjoyed by family and friends who are gathered to celebrate Dot’s life. https://www.tributeslides.com/tributes/show/ZT8KM9ZT22PT2JHD

Dorothy Marie (Self) Cox passed in the early morning hours of March 20, 2022, in Durant, Oklahoma. Dorothy was born on April 5, 1935 in Selfs, Texas to Clarence and Ruby (Newhouse) Self. The second born among eight brothers and sisters, Dot... View Obituary & Service Information

The family of Dorothy Marie Cox created this Life Tributes page to make it easy to share your memories.

Dorothy Marie (Self) Cox passed in the early morning hours of...

Send flowers to the Cox family.