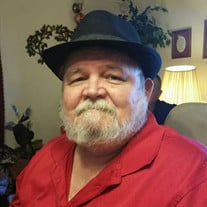 James was born Monday, March 6, 1950 in Hot Springs, Arkansas to Alfred “Shag” Melton Crawford and Flossie Josephine (Hood) Crawford. He went into the presence of his Lord and Savior on Saturday, September 4, 2021 from his Mead residence. James is a graduate of Hot Springs High School. He married Cheryl Darlene Petty on April 17, 1972 in Dallas, Texas. They would have celebrated their 50th Anniversary in April of 2022. They came to Bryan County in 1999 from Mustang, Oklahoma. James worked in the Construction field for many years as a Superintendent until his retirement. He also served as a pastor for several years and was involved with the Victory Life Brotherhood and Victory Life Church in Durant. James enjoyed building things, playing computer games and Dominoes. His greatest joy was being with his family. James was preceded in death by his parents and a brother. He is survived by his wife, Cheryl Darlene Crawford of the Mead home; children, Cathy L. Shuemake and husband, Ray, of Mead, Charles Crawford and wife, Sheila, of Magazine, Arkansas, James M. Crawford Jr. and wife, Kristin, of Durant, Oklahoma, and Carol Young of Mead, Oklahoma; siblings, Linda Jackson and husband, Charles, of Antioch, Arkansas, Kenneth Crawford of Hot Springs, Arkansas, and Kathy Sligh and husband, Barry, of Fayetteville, Arkansas; and last but not least his fourteen grandchildren and thirteen great-grandchildren, and many good friends. Funeral services to celebrate James’ life will be held at 2:00 PM on Sunday, Sept. 5th, at Brown’s Funeral Home Chapel in Durant. Honorary pallbearers will be William Shuemake, Anthony Shuemake, Matthew Shuemake, Tyler Shuemake, Ray Shuemake and Michael Merriman. Online condolences may be sent to the family at [email protected] https://www.tributeslides.com/tributes/show/T7J3N5X48X2QYCRP

James was born Monday, March 6, 1950 in Hot Springs, Arkansas to Alfred &#8220;Shag&#8221; Melton Crawford and Flossie Josephine (Hood) Crawford. He went into the presence of his Lord and Savior on Saturday, September 4, 2021 from his Mead... View Obituary & Service Information

The family of James Milton Crawford Sr. created this Life Tributes page to make it easy to share your memories.

Send flowers to the Crawford family.