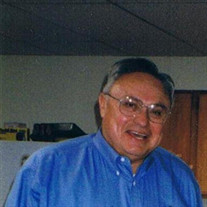 On the evening of May 5th, 2021, James Lee “Jim” Baker passed away in Durant, Oklahoma at the age of 84. Jim was born in Lawton, Oklahoma and was raised in Grant, Oklahoma by his grandparents, John and Ruth Hayes. He attended school from age 14 at Bacone College in Muskogee, Oklahoma. Jim served four in years in the U.S. Air Force including a stint in Japan and returned to Oklahoma by way of South Dakota and Minnesota thereafter. On January 28, 1966, he married the love of his life, Karen Sue Fowler. They enjoyed 55 years together until his passing. Jim enjoyed a successful career in sales with corporations such as Xerox, Reynolds and Reynolds, and Express Personnel Services. Jim was a proud Member of the Choctaw Nation of Oklahoma. He also had the privilege of serving as the Chairman of the Board of Directors at his alma mater, Bacone College where he received an honorary doctorate and was inducted into the Hall of Fame. In a word, Jim Baker was a force. He could do whatever he set his mind to, and he set his mind to a great many things. All who knew Jim were familiar with his wry sense of humor and his willingness to help anyone he could in whatever way possible. Jim was always generous with his time and knowledge and never missed an opportunity to provide his trademark unvarnished, yet, constructive criticism. He loved cooking. Steaks and ribs on the grill, ham and beans, stew, chili, and minestrone soup were among his specialties. A skilled shade tree mechanic from an early age, Jim could fix just about anything that broke around the house. He passed those skills on to his children, who have benefited greatly from them. He had a passion for helping the less fortunate and gave generously to that end. In retirement, he took immense pride in the accomplishments of his children and grandchildren. Jim is preceded in death by his beloved grandparents, John and Ruth Hayes, his dear aunt, Dr. Helen Harris, Ph.D., and her husband, Dr. Edward Harris, Ph.D., who were like a sister and brother to him, and his mother Mary Victoria McIntosh. He is survived by his wife, Karen; his children James Lee Baker, Jr., John Rich, David Rich, Cindy Lessig (husband Tom), Dr. Jonathan Baker, Ph.D. (wife Sharon), and LTC(P) Justin Baker, J.D. (wife Jennifer); his grandchildren Jeremy Rich, Matthew Rich, John Benton, Jr., James Lee Baker, III, Lawson Baker, and Bennett Baker; his great grandchildren James Lee Baker, IV, Logan Rich, Lauren Rich, Avery Rich, Julianna Rich, Spencer Rich, and Corbin Rich; his nieces and nephew, Dr. Rhonda Taylor, Ph.D. (husband Ron), Dr. Victoria Gayle Harris, M.D., Ruth Soucy, JD (husband Lewis), and Edward Harris (wife Debi). His family is eternally grateful to the Choctaw Nation for its unwavering support in providing a variety of medical, logistical, and at-home care services. It meant the world to him and his family that the Choctaw Nation of Oklahoma was so gracious and provided such selfless service. A celebration of life service will be held in the Fall.

On the evening of May 5th, 2021, James Lee &#8220;Jim&#8221; Baker passed away in Durant, Oklahoma at the age of 84. Jim was born in Lawton, Oklahoma and was raised in Grant, Oklahoma by his grandparents, John and Ruth Hayes. He attended school... View Obituary & Service Information

The family of James Lee "Jim" Baker created this Life Tributes page to make it easy to share your memories.

Send flowers to the Baker family.