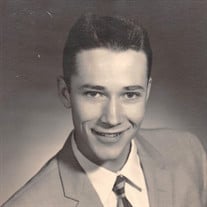 Larry Dale Litke was born in Lone Oak, Oklahoma on August 12, 1943. His parents were John Litke and Cora Blanche Newcomb Litke. The youngest of nine children, he was raised on “the family farm” just south of Kersey Corner west of Durant, Oklahoma. Larry attended school at Mead, Oklahoma where he played on the baseball and basketball teams. After graduating high school, he attended six-months of basic training then joined the Oklahoma National Guard (seven years). He immediately moved to Oklahoma City, where he found employment with Sutherland Lumber Company. Sutherland quickly learned that Larry was a hard worker (having worked on the family farm with his siblings) and he rapidly moved up the ranks. Home Depot had heard of this “great guy” over at Sutherland and sent him an airline ticket to “come interview.” Larry was a most loyal employee and stayed with Sutherland until his retirement. He travelled round the country opening and closing many Sutherlands lumber stores. He retired as Regional Manager out of Nacogdoches, Tx. While in Oklahoma City, Larry met and married Florence Carol Holcomb (1944-2016) on January 5, 1963. After retirement, Larry was able to finish the farmhouse he had started on property he had purchased in Salina, Oklahoma. He cleared the land and built a beautiful farmhouse at the base of the Ozark Mountains. In June of 2016, Larry attended a high school reunion with the thought of running into his former high school sweetheart, Linda Hayes. From then on, they were inseparable and married January 7, 2017. They made their home in McKinney, TX where they had recently celebrated their fifth-year wedding anniversary. Larry liked to say that he had always loved his “little girlfriend”. In January, Larry contacted Covid which went into his lungs and pneumonia developed. It was a rough journey and he fought hard against the disease, but his precious heart gave out before his lungs could heal. He was preceded in death by his parents, wife Carol, siblings: Florence Marie, John Harold, Wilmer “Bill” Ralph, Donald Eugene, Neva Joyce, and Bobby Joe. Survived by sister Janet Jane and brother Gary Edward; his two sons, Lonnie Dale (Shawn) and Barry Keith (Tammy) and several grandchildren, great grandchildren and many nieces and nephews, all who dearly loved their father, grandfather, and uncle. As did many of his brothers in law, sisters in law, close friends, and colleagues. Larry was a wonderful, not good but GREAT person, Godly man, and mentor. He coached young men’s wrestling (including his two sons) while in Amarillo. He gave many high school children an opportunity to work at his lumber stores. He had many fine qualities. He was tough but very sensitive. His youngest son recently commented that “dad was here doing God’s work”. Services will be conducted by Dr. Mike Cox, pastor of First Baptist Church, Pryor, Oklahoma and Roger Speers, family treasure and pastor of Kemp Baptist Church, Kemp, OK. Pallbearers will be Jack Wells, Wendell Peoples, Tom Atkinson, Mike Taylor, Scott Belanger and Ronnie Hayes. Honorary pallbearers will be Chad York, Bill Hayes, Kevin Pool, Ron Litke, and Greg Johnson. A funeral service will be held on Wednesday, February 16, 2022, at 1:30 PM at Brown's Funeral Chapel, Durant, Oklahoma. Mr. Litke will be laid to rest at Silo Restland Cemetery, Silo, Oklahoma where he will be interred with Military Honors. Respects can be made at Brown’s Funeral Home. A private family viewing will be Wednesday from 11:00 AM to 12:00 PM. Condolences may be sent to the family at www.brownsfuneralservice.com. Arrangements are under the direction of Brown’s Durant Funeral and Cremation Service. https://www.tributeslides.com/tributes/show/4KH7W35K4SF5ZZSC

Larry Dale Litke was born in Lone Oak, Oklahoma on August 12, 1943. His parents were John Litke and Cora Blanche Newcomb Litke. The youngest of nine children, he was raised on &#8220;the family farm&#8221; just south of Kersey Corner west... View Obituary & Service Information

The family of Larry Dale Litke created this Life Tributes page to make it easy to share your memories.

Send flowers to the Litke family.