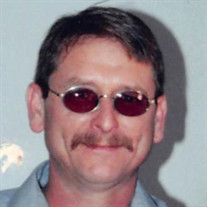 Michael (Mike) Herndon Dunegan passed away June 13, 2021, at the age of 60, in Rowlett, Texas. A four-year battle with cancer showed his courage in facing life’s challenges. Despite the pain he stayed strong until the end of his life on earth. Michael was born May 29, 1961, in Dallas, Texas. Mike spent many of his childhood summers in Bryan County with his grandparents. His dream was to move to Albany and build a home. Mike enjoyed collecting many things and sharing the stories of his finds. He was an avid researcher and very knowledgeable in many subjects. The majority of his adult life, Mike was the owner of Dunegan Contracting/A&M Mechanical in Garland, Texas. Mike was preceded in death by his stepfather Alvin Montgomery; stepsister Leanne Kendrick; paternal grandparents George (Buster) and Maudie Dunegan; and maternal grandparents Ira and Marion West. He is survived by his wife Sylvia Perez Dunegan; daughters Ashley Dunegan and Michelle Dunegan of Garland, TX, and son Westley H. Dunegan of Rowlett, TX; parents Ruth West Montgomery of Garland, TX, and James (Jim) Dunegan and his wife Sandra of Calera, OK; brother Steve Dunegan and wife Pam of Mesquite, TX; sister Lori Miller and husband Doug of Clio, MI; sister Tammy Dunegan of Connerville, OK; stepbrother Curtis Montgomery; granddaughters Isabella Dunegan and Janie Williams; nieces and nephews Brittany Choi, Jerrica Miller, Jacob Dunegan, and Dillon Miller; aunt Winnie Fox; and cousins Karen John and Eric Minyard. Mike will be honored with a Celebration of his Life on Saturday, July 10th, at 1:00 P.M. at Brown’s Funeral Chapel in Durant, OK with Rev. Stephen Snodgrass officiating. Memorials may be made to missionregan.kindful.com. https://www.tributeslides.com/tributes/show/6HRTJQQBS93XP8W8

Michael (Mike) Herndon Dunegan passed away June 13, 2021, at the age of 60, in Rowlett, Texas. A four-year battle with cancer showed his courage in facing life&#8217;s challenges. Despite the pain he stayed strong until the end of his life... View Obituary & Service Information

The family of Michael Herndon Dunegan created this Life Tributes page to make it easy to share your memories.

Send flowers to the Dunegan family.