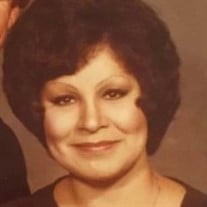 Novaline Susan “Momo” Shipp was born on November 13, 1939, in White Eagle, OK, to Martha Grass. Surrounded by family, she went home to be with the Lord on February 27, 2021. A proud Ponca woman, Novaline was raised by her grandparents, James and Katherine Williams. The oldest of eleven children, Novaline attended Chilocco Indian School, where she graduated in 1957. When she was a young girl, Novaline received a nurse doll for Christmas from her grandfather and knew from that moment that she wanted to be a nurse. Novaline overcame many obstacles, but through faith, perseverance, and hard work, she achieved her dream and became a Registered Nurse (R.N.). Novaline dedicated her life to serving others through her profession. Being a nurse allowed Novaline to travel the country doing what she loved. Throughout her four-decade nursing career, Novaline traveled to some of the most remote places in the U.S. to serve the Native American and Alaskan Native populations. In 2013, Novaline was inducted into the Chilocco Indian School Hall of Fame for her life’s achievements and service to others. It was one of the proudest moments of her life and an accomplishment that she would use to inspire others. Novaline was a strong Christian woman and loved the Lord with all of her heart. She had a zest for life and an unforgettable laugh. Her greatest blessing was her family, and she was the glue that held everyone together. In 1959, Novaline married Jerry Shipp, and they had three children: Darren, Shannon, and Sherra. Novaline’s first grandchild was born in 1982, and from that day on, she became “Momo.” Nothing brought more joy to Momo than spending time with her children, grandchildren, and great-grandchildren. In 2010, Novaline married Bill Loard, and they spent much of their time traveling before making their final home in Kingston. A source of advice, guidance, love, and support, Novaline will be greatly missed by her family and those who knew her best. Novaline is survived by: Children: Darren Shipp and wife, Janene; Shannon Cooper and husband, Troy; Sherra Aguilar and husband, Jason. Grandchildren: Jeremy Shipp and wife Shyanne; Jerry Shipp; Justin Vernon and wife Ciera; Daniel Shipp and wife Haley, and Elliott Evans. Great-grandchildren: Clayton, Keelan, Kaiden, Aubree, Lawson, Max, Violet, and Ellie. Sisters: Priscilla Cameron, Cynthia Littlevoice, Mary Sherman, Goldie Tucker, Thomasine Blueback, and Angel Thompson. Brother: Morgan Grass Novaline was preceded in death by her grandparents, James and Katherine Williams; mother, Martha Grass; brothers: Sequoyah Grass and Kim Grass; and sister, Galedia Grass. A memorial service for immediate family will be held in Ponca City, OK, on March 20, 2021. Condolences may be sent to 23499 ½ Dakota Road, Ponca City, OK, 74061.

The family of Novaline Shipp created this Life Tributes page to make it easy to share your memories.

Send flowers to the Shipp family.