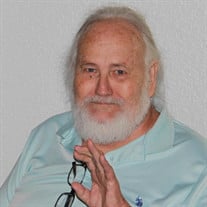 Paul Willis Cooper passed away on May 7, 2022 at his home in Durant, Oklahoma with his family by his side. No services will be held. Paul was born October 22, 1938, in Tulsa, Oklahoma to Paul Ward Cooper and Velva Ivy (Stout) Cooper. He was an Eagle Scout and a competitive swimmer in Tulsa. He was a nationally recognized swimmer and won Senior National events as early as age fourteen. He was awarded the title Most Promising Swimmer in the state of Oklahoma. He attended Will Rogers High School before moving to Odessa. He graduated from Odessa High School in 1957 and attended Texas Tech on a swimming scholarship. Paul was a charter member of Bethany Christian Church in Odessa, Texas. He and Carolyn McClure were the first couple married in the church on July 2, 1961. The couple moved to Bartlesville, Oklahoma where Paul was Athletic Director at the Boy’s Club. They also lived for a while in Norwalk, California during the Watt’s Riots. Paul was employed by Phillips Petroleum and Cardinal Chemical Company before becoming manager of Gorman’s Camera and Sound for many, many years. While there, he worked with the government on many projects involving camera equipment in Big Spring and Pyote, Texas. Later he worked for the Ector County School System and Odessa College. Paul was proud of his Native American heritage. He was a member of the Choctaw tribe and was instrumental in the establishment of TPRC, the Native American organization in Odessa. He served in many capacities, including President and helped to organize the yearly pow wow. He loved to travel, visiting most of our states, as well as Acapulco, Mexico City, Bahamas, etc. His vacations always included the road less traveled, finding every interesting, out of the way place to visit, camp out, explore, and swim. Paul endured over 83 surgeries, including quadruple bypass, total knee replacements, back surgeries, etc. He also managed to have numerous other illnesses, such as cellulites, requiring antibiotic IV every four hours for weeks, grand mal seizure, and an implanted pain pump. Through all this, he continued to work, to keep going and joking. He always said the doctors needed someone to practice on. He also said that he needed to donate his body to science, because every part of his body had been worked on. Paul was preceded in death by his precious, one year old daughter, Lee Ann Cooper, his parents, Paul and Velva Cooper, his in laws, Lee and Katherine McClure and his brothers-in-law Robert McCarley and Pat Gleason, sister and brother-in-law Sue and husband Bill Hayes. Survivors include his wife, Carolyn Cooper of Durant; his daughter, Paula Carol Whatley of Prosper, TX; his son, Cory Cooper and wife Kacey of Sand Point, OK; his grandchildren; Steven Chad Whatley and wife Amba of Australia, Bryan Paul Whatley and wife Jenny of Prosper, TX, Camdon Cade Cooper, Kenedi Katherine Cooper, and Haylie Kreitz of Oklahoma; his great grandchildren, Sebastian, Yossarian, Juniper Shalom Whatley, of Australia, and Avery and Rylan Whatley of Prosper, TX; his sister Sandra Pauline Gleason of Florida; his sister-in-law, Deloris McCarley of Odessa, brother-in-law Charles McClure and wife Jeannie of Houston; many nieces, nephews and their children, including Chris McCLure and wife Colleen of Houston. We would like to thank our family and friends who kept us in their thoughts and prayers.

Paul Willis Cooper passed away on May 7, 2022 at his home in Durant, Oklahoma with his family by his side. No services will be held. Paul was born October 22, 1938, in Tulsa, Oklahoma to Paul Ward Cooper and Velva Ivy (Stout) Cooper. He was... View Obituary & Service Information

The family of Paul Willis Cooper created this Life Tributes page to make it easy to share your memories.

Send flowers to the Cooper family.