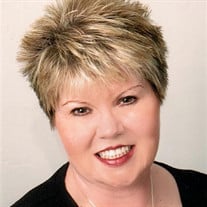 RHONDA GAIL COX CLOUSE Rhonda Gail Cox Clouse, devoted servant of her Lord Jesus Christ, went home to be with her Savior on August 7, 2021, at the Medical City Hospital in Dallas, TX at the age of 68. Rhonda was born on April 27, 1953, to Pastor John Cox and Louella (White) Cox in Indiana. She had two brothers, Ronnie Cox, and Richter (Rich) Cox. The family moved several times when she was young, eventually moving to Marion, Indiana where she graduated from Marion High School in 1971. Rhonda attended Marion College, located in Marion, Indiana for a short time before working in the Marion area. Rhonda married Jon Clouse in Marion, Indiana, on November 10, 1973. They moved to Durant, Oklahoma in February 1976. The couple welcomed their son, Jason Robert Clouse, born in Durant, Oklahoma on January 28, 1984. Rhonda was employed by the Durant Daily Democrat in the Marketing/Advertisement department for several years before she and her husband moved to Tullahoma, Tennessee. Moving back to Durant, Rhonda worked for the Retired Senior Volunteer Program before being hired by the local KLBC/KSEO Radio Station where she worked in the Marketing/Advertisement department. She retired from the radio station in 2015 due to ill health. Rhonda served on the Durant Chamber of Commerce Board of Directors for several years. A devout Christian, Rhonda was active in various ministries in each of the churches she attended. Volunteering in the nursery was one of the duties she loved best. Rhonda was a current member of Fairview Baptist and taught the Senior Citizen Women’s Sunday School class for several years. She greeted everyone at church with her big and very welcoming smile until her health no longer permitted her to participate in person. Rhonda’s two granddaughters, Jaycee Clouse and Lexi Clouse were the delight of her life. She loved spending time with each of them and enjoying the many activities they did together. Rhonda and Masoud (Mike) Ghadianloo were married in a private ceremony on March 4, 2011. Rhonda assisted her husband with his business bookkeeping duties as needed. Preceding Rhonda in death are her parents, Rev. John Cox, and Louella (White) Cox, and her brother Ronnie Cox. Survivors are her husband, Masoud (Mike) Ghadianloo, son, Jason Clouse, granddaughters Jaycee Clouse and Lexi Clouse, brother Richter (Rich) Cox, numerous uncles, aunts, and cousins scattered throughout the USA along with many area friends and former clients. Rhonda had the most beautiful smile with a twinkle in her eye. If you ever met Rhonda, you couldn’t help but love her. Rhonda was a friend to all with a very hopeful and upbeat personality despite the health issues she endured in her later life. She will be missed by all those privileged to know her. A celebration of Rhonda’s life will be held on Wednesday, August 11th at Brown’s Funeral Home at 10:00am. Burial will be held immediately after the service at the Bokchito Cemetery. The Rev. Bill Ledbetter, Fairview Baptist minister, will preside. Pallbearers are John Slice, Wesley Robinson, Scott Corben, Jim Reagan, Todd Tidwell, and Bryan Moore. The family requests no flowers. Memorials may be made “in memory of Rhonda Clouse” to the Fairview Baptist Church Roof or Building Fund, 1200 West University Boulevard, Durant, OK 74701, the American Diabetes Association, P.O. Box 7023, Merrifield, VA 22116-7023 or to the charity of your choice. Services are under the direction of Brown’s Funeral Home, Durant, Oklahoma. https://www.tributeslides.com/tributes/show/N8JZCBDJPKW97MQ8

RHONDA GAIL COX CLOUSE Rhonda Gail Cox Clouse, devoted servant of her Lord Jesus Christ, went home to be with her Savior on August 7, 2021, at the Medical City Hospital in Dallas, TX at the age of 68. Rhonda was born on April 27, 1953, to... View Obituary & Service Information

The family of Rhonda Gail Clouse created this Life Tributes page to make it easy to share your memories.

Send flowers to the Clouse family.