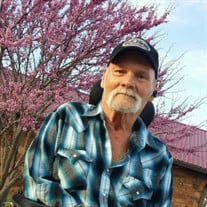 Richard Pool, age 68, passed away on December 10, 2020. He was born on January 23, 1952 in California to Ira and Polly Pool. He attended Dos Palos Public Schools. He married Barbara Jean Dodd in Ft. Smith, Arkansas on July 8th, 1972 and had... View Obituary & Service Information

The family of Richard Pool created this Life Tributes page to make it easy to share your memories.

Send flowers to the Pool family.