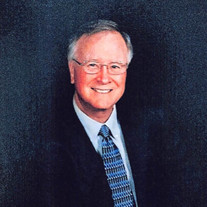 Funeral services for Robert Kelly McDonough, 79, will be held at 10:00 AM on Saturday, April 17, at Brown’s Funeral Service chapel in Durant with Pastor Garry McNeill officiating and Kelly’s life-long best friend, Harold Davis, reading the obituary and giving a eulogy. Kelly will be laid to rest in Highland Cemetery with his nephews serving as casket bearers. The family will receive friends on Friday, April 16, from 6-8 PM at Brown’s Funeral Service in Durant. Kelly was born Wednesday, June 25, 1941 to William Franklin McDonough and Stella Mae (Bledsoe) McDonough. He entered through the gates of Heaven on Thursday, April 8, 2021 from his home. Kelly grew up and attended school in the Cobb community. After graduation, he attended OSU continuing his education and eventually earning a Bachelors degree. Kelly spent several years as an Aerospace Engineer working for National Aeronautics and Space Administration (NASA). Kelly then accepted a position for an Engineer for Lockheed Martin until his retirement. He was honored as Outstanding Physics Senior OSU and received commendation from United States Field Artillery Association. Kelly had an impeccable work ethic and a passion for working. Kelly married Jamie Lane on July 8th, 2017. They are members of the First Baptist Church in Durant. He enjoyed dancing, fishing, genealogy, riding his tractor and most of all attending and cheering his grandkids at their sporting activities. He was preceded in death by his first wife, Linda Kay (Shepard) McDonough; parents; and a sister, Mary Dell (McDonough) Ballew. Kelly is survived by his loving wife, Jamie, of the home; sons, David McDonough and his wife, Deborah, of Plano, TX, and Ken McDonough and his wife, Gina, of San Antonio, TX; siblings, Ann McDonough Thompson and her husband, Bill; Katherine McDonough Brown and her husband, Bill, who is deceased; Mike McDonough and his wife, Helen; and Laura McDonough Clark; and numerous nephews, nieces and extended family members. The family requests those attending to wear a mask during the visitation and funeral services. Online condolences may be sent to the family at [email protected] Services are under the direction of Brown’s Funeral Service. https://www.tributeslides.com/tributes/show/5KWLFPXFJ9SGQKCL

The family of Robert Kelly McDonough created this Life Tributes page to make it easy to share your memories.

Funeral services for Robert Kelly McDonough, 79, will be held...

Send flowers to the McDonough family.