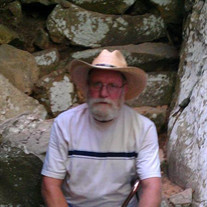 Ronnie Turner, age 73, passed away on December 6, 2020. Ronnie was born in Seminole, Oklahoma to Edgar and Neta (Culp) Turner on February 6, 1947. He attended Caney High School and Southeastern State University. On August 18, 1968 he married Yvonne M. Black in Elo, NV. Ronnie proudly served and retired from the US Airforce, where he served from 1966-1989 and fought in the Vietnam war. He also worked for and retired the Department of Corrections. He attended Church of Christ and he enjoyed collecting coins, watches, and knives. Ronnie is preceded in death by his parents Edgar and Neta Turner, his wife Yvonne Turner, his brother Melvin Turner and two sisters Edna Miller and Kathy Miller who passed away five days later. He is survived by his son Joe Turner and wife Robin Edwards of Durant, OK. His daughter Tonya Turner of Daytona Beach, FL. His brother Calvin Turner and wife Louene of Herber Springs, AR. His sisters Jean Johnson and husband Dale of Atoka. Geraldine Crow and husband Bill of Caney, Ok. Sandra Rowland of Atoka, OK. Wanda Alexander of Atoka, OK. His grandchildren Brandy Edwards of Durant, OK. Jay Terault and wife B J of Pilot Point, TX. Cody Jones -Turner of Plot Point, TX. Cierrea Hinrich of Durant, OK. Also, five great grandchildren. A celebration of Ronnie's life will be held at a later time. Online condolences can be made at www.brownsfuneralservice.com

The family of Ronnie Turner created this Life Tributes page to make it easy to share your memories.

Send flowers to the Turner family.