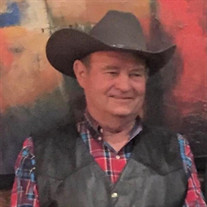 Sam Aldridge was born on February 4, 1946, in Arkadelphia, Arkansas, to Y.B. and Lois (Glover) Aldridge. Sam passed into his heavenly home on January 26, 2021, at the age of 74 years. Sam’s family moved to Durant when he was a small child and this is where he established his lifetime residence, raised his family and grew to love the community. Sam married Kathy (Mitchell) Aldridge on July 17, 1965, in Durant Oklahoma. They began their family by welcoming Kimberly, the first of three daughters, followed by Cynthia and Alisha. His daughters were the light of his life; he taught them how to change a tire, check the oil on their vehicle and many other life lessons in order to keep them safe and independent. He loved his grandchildren and great grandchildren and spending time with them. Sam attended Durant public schools from first to twelfth grade. At the age of 10, he started his first job as a paper carrier at the Durant Daily Democrat. Later, as a teen, Sam worked as a mechanic and did paint and body work for his dad. Other jobs Sam had included working for B.B. Smiths service station and Jimmy’s Auto Supply. Sam was employed by the Durant Fire Department in 1971 where he worked for 25½ years before retiring as an assistant chief in 1997. Sam devoted himself to this job and treasured the lifelong friends that he made there. He enjoyed Christmas dinners where he could visit and reminisce with all of the new and retired firefighters. After retirement from the fire department, Sam began to work for Luke Brothers Propane. Sam loved the Lord and was a loving and outgoing person who was willing to help anyone in need. He was a member of Calvary Baptist Church where he attended Sunday school and church. He was a faithful supporter of the church and its activities. He felt privileged to serve on the House and Grounds Committee and as an usher. Sam’s hobbies during the years were being a cattleman, working the annual rodeo, serving meals on wheels and cooking. His barbeque was always a welcome addition to any family gathering. Sam is survived by his wife Kathy, two daughters Kimberly Aldridge and Alisha Crowell (David). Four grandchildren Mitchell Aldridge (Brittany), Addison, Andrew and Harley Crowell (Suni). Seven great grandchildren Kasen, Riley and Presley Aldridge, Jolie, Liam and Braylee Crowell and Gavin Auld. Four Brothers Bob (Martha) Aldridge, Ronnie (Judy) Aldridge, Lonnie (Joni) Aldridge, Ricky (Maralene) Aldridge, sister-in-law Carolyn Wilkins as well as many numerous nieces and nephews. Sam is preceded in death by his parents Y.B. & Lois Aldridge, daughter Cynthia Kay Aldridge Bruorton and twin grandsons Marcus DeLane and Michael James Holloway. Visitation will be held on February 4th 2021, at Brown’s Funeral Service from 6:00 – 8:00 PM. Funeral services will be held at Calvary Baptist Church in Durant at 2:00 PM Friday February 5, 2021. In lieu of flowers, donations may be made to Calvary Baptist Church’s Building Fund at 715 Louisiana Street, Durant, OK 74701 Pall Bearers: Mitchell Aldridge, Harley Crowell, Dustin Aldridge, Jeff Aldridge, Chris Howell and Josh Wilkins. Out of respect for others we ask that masks be worn during services. Arrangements are under the direction of Brown’s Durant Funeral and Cremation Service. https://www.tributeslides.com/tributes/show/4TZ68WW6FP92PRJK

Sam Aldridge was born on February 4, 1946, in Arkadelphia, Arkansas, to Y.B. and Lois (Glover) Aldridge. Sam passed into his heavenly home on January 26, 2021, at the age of 74 years. Sam&#8217;s family moved to Durant when he was a small... View Obituary & Service Information

The family of Sammy Joe Aldridge created this Life Tributes page to make it easy to share your memories.

Send flowers to the Aldridge family.