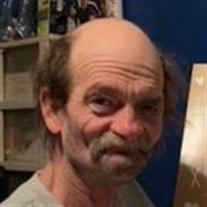 Bokchito, OK- Stanley Lee Patton was born Wednesday, June 26th, 1968 in Brawley, California to Billy Wayne Patton and Mitzi Lee (Easter) Harp. He passed from this life on Monday, January 3rd, 2022 in Durant, Oklahoma at the age of 53. Stanley was raised in California and Oklahoma. He attended Calipatria schools in Calipatria, California. Stanley married Shanna Farmer in Knob Lick, Kentucky. He was employed with the Choctaw Nation and worked at the Choctaw Casino in Durant. Stanley worked with the Culinary EVS department working at Guy Fieri’s and Gilley’s the past two and half years. Stanley was very social and enjoyed talking with family and friends. His pride and joy were his and Shanna’s kids whom he loved being with. Stanley also enjoyed fishing and being outdoors. He was preceded in death by his parents; a son, James Tyler Patton on April 13th, 1989; grandson, Jaden Lee Oren Jessie; and a cousin, James Patton. Stanley is survived by his wife, Shanna Farmer of Bokchito, OK; children, Latasha Huerta and her husband, Javier, of Bonham, TX, Bryant Patton of Panama City, Florida, Eric James Jessie of Bokchito, OK, Ashley Amber Jessie of Bokchito, OK, Brennan Faith Patton of Bokchito, OK, and Braidon Wayne Patton of Bokchito, OK; brothers, Darrell Wayne Patton and his wife, Betty, of Oklahoma City, OK, and Ronnie Patton and his wife, Judy, of Bakersfield, CA; five grandkids; one great-grandchild on the way; and many cousins and friends. Funeral services will be held at 2:00 PM on Friday, Jan. 7th, at Brown’s Funeral Home chapel with Bro. Ross Phillips officiating. Viewing hours will be held on Thursday, Jan. 6th, from 3 PM to 8 PM at Brown’s Funeral Home. Services are under the direction of Brown’s Funeral Service in Durant. https://www.tributeslides.com/tributes/show/JF2XSFPK8FYZB7JT

The family of Stanley Lee Patton created this Life Tributes page to make it easy to share your memories.

Send flowers to the Patton family.