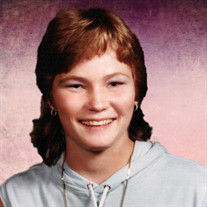 Theresa Smith of Durant, Oklahoma passed away January 22, 2021 at the age of 52. She was born August 21, 1968 to Douglas McArthur and Mary Louise (Ray) Smith in Garland, Texas. Theresa attended Durant High School, and later worked in the healthcare... View Obituary & Service Information

The family of Theresa Smith created this Life Tributes page to make it easy to share your memories.

Send flowers to the Smith family.