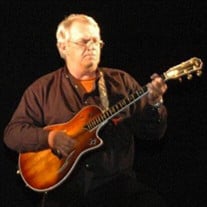 William Leroy “Bill” Burkhalter was born in Durant, Oklahoma on the 14th of October 1948. He lost his hard-fought battle with cancer on the 25th of February 2022 at his home in Durant, Oklahoma. He was the eldest of the five children of Cochran LRoy and Imateen Benedict Burkhalter. He graduated from Borger High School as a part of the class of 1967. He served his country during the Vietnam War as a member of the U.S. Navy from 1969-1973. During his service, he had his son, Michael Kelly Burkhalter. After returning home he worked as an engineer at Texas Instruments while attending Southeastern Oklahoma State University. He earned his bachelor’s degree in Education in 1978 and began his career as a public school history teacher and athletic coach. Coach Burk, as his students knew him, taught all aspects of history and government as well as coached football, basketball, tennis, and track. It was during this time he met his wife of 28 years, Cindy Lee Gateley. A few years later they welcomed their daughter, Amy Leigh Burkhalter, into the family. In 2006, after 17 years of service, he retired from Hugo Public Schools. A lifelong lover of music, he wrote over 300 songs and spent most of his time in his music room. He taught himself how to play the guitar, piano, drums, and any other instrument you set in front of him. He also would often be found at the local golf course or fishing out by his pond. He is proceeded in death by his father, Cochran LRoy Burkhalter, his mother, Imateen Benedict Burkhalter, and sister, Rebecca Ann Burkhalter. He is survived by his wife Cindy of the home; son Kelly and wife Kellie of Corinth, TX; daughter Amy of Tulsa; brother Dewey and wife Sylvia of Waxahachie, TX; brother Rodney and wife Sheryl of Durant; brother Brian and wife Latisha of Durant; uncle Keiller and wife Linda of Calera; grandchildren Kacie and Kaden of Corinth, TX; as well as numerous nieces, nephews, and cousins. His memorial service will take place on the 1st of March 2022 at Brown’s Funeral Service at 10am. A family night will take place the previous Monday, February 28th, from 5pm-7pm. He will be interred at Highland Cemetery in Durant, OK alongside his family. https://www.tributeslides.com/tributes/show/5F97WL3J9RNR992H

William Leroy &#8220;Bill&#8221; Burkhalter was born in Durant, Oklahoma on the 14th of October 1948. He lost his hard-fought battle with cancer on the 25th of February 2022 at his home in Durant, Oklahoma. He was the eldest of the five children... View Obituary & Service Information

The family of William Leroy "Bill" Burkhalter created this Life Tributes page to make it easy to share your memories.

Send flowers to the Burkhalter family.